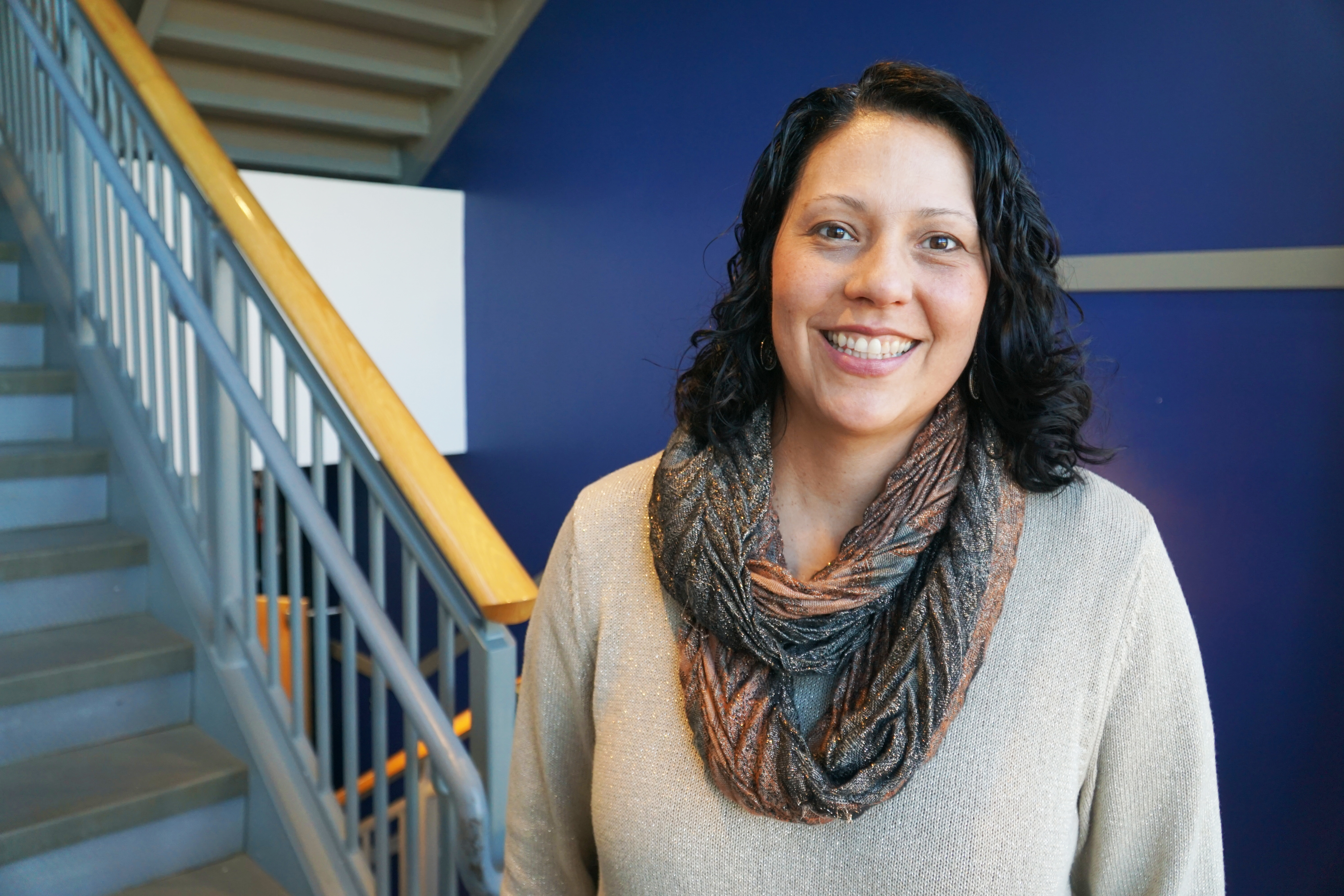 DESCRIBE A TEACHER WHO INSPIRED YOU GROWING UP: “One of my Spanish professors at Holy Cross, Francisco Gago-Jover, really made literature, specifically medieval Spanish literature, come alive. He brought such high energy and passion to the subject area, and he had a great sense of humor. And because of that passion, I learned to love the content and had a greater appreciation of something that challenged me. Medieval Spanish is a little hard to like on your own unless you have someone who shows you the way. I’ve always tried to emulate his style and ooze the same excitement he had, so that no one can doubt that you really enjoy doing what you’re doing.”

WHAT MADE YOU WANT TO WORK AT A SCHOOL FOR A LIVING?: “I truly believe that many of my experiences growing up led me to be a teacher. My dad loves telling this story: when I was eight, I announced to the whole family that I was going to be a teacher—even back then, I knew what I wanted to do. I went on to teach Sunday school, swimming lessons, and boys and girls basketball camps. I loved helping young people develop a skill, and found that I really did have a passion for teaching.”

WHAT'S A CONCEPT OR LESSON YOU LOOK FORWARD TO TEACHING EVERY YEAR AND WHY? “I love teaching La Casa en Mango Street by Sandra Cisneros. I love the vignets, and the poetry speaks to my literary appreciation. And just as it is beautiful, it also allows me to bring different perspectives into the classroom. The author is female, the main character is female, so it’s an opportunity to discuss what women, and specifically those of Mexican descent living in the United States, experience. It allows the students to see the world through someone else’s eyes.”

IF YOU WEREN'T A TEACHER, WHAT WOULD YOU DO FOR A LIVING? “Honestly, I really would love to be a college coach or a WNBA coach—that would be a big dream! I think through the calling of coaching and teaching is really where I have come into my own. Even though I was a decent player, I found greater success and satisfaction being able to lead others and instill in them the love and passion for the game that I have.”

WHAT WAS 17-YEAR-OLD YOU LIKE? “Oh my goodness! I was pretty active, I just loved to play basketball wherever and whenever. I remember coming home really late at night and telling my mom that I had been playing basketball, and she didn’t believe me. She wondered if that’s what I had actually been doing, but I was truly playing basketball that late. I just loved it. I was really focused; I felt called to be active, to be competing, and to have as much fun as possible that way.”

FUN FACT: “Ah, this is a tough one. Let’s see ... After long phone calls when I’m speaking Spanish, I get off the phone and genuinely can’t tell which language I’m speaking—I’ll be speaking to my husband in Spanish and think I’m speaking in English. And this isn’t as much a fun fact as it is a funny story, the very first time I was at an away game, someone messed with the alarm clock and I BOLTED out of bed, jumped in the shower, got in my uniform and sneakers, and kept trying to wake up my teammates before I realized it was a prank, and it was two in the morning. I was so upset that I just got back into bed, fully dressed!”