Tournament winners will be posted in the coming weeks.

Thank you for your patience!

Golf for Good! This annual scholarship golf tournament is one of two events each year that supports scholarships for students attending St. John's — the Brother Linus, C.F.X. and the John Carnevale '81 Scholarships. We believe that a Prep education should be accessible for every qualified student, regardless of their financial need. There are a number of ways to be involved and support these student scholarships through the Brother Linus and Carnevale Tournament. Even though we won't all be playing on the same day, your support and participation in the new format of this year's tournament means we can still support students at St. John's Prep! 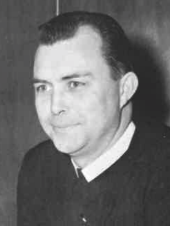 In his inimitable and unassuming way, Brother Linus was a giant at St. John’s. As a teacher, guidance counselor, three-sport coach and mentor, he transformed the lives of countless students. The Brother Linus Scholarship, established in his honor in 1978, is presented annually to a rising sophomore who has already distinguished himself in his brief career at the Prep through co-curricular activities and academic excellence. More than $1.7 million has been raised in Brother Linus' name. We hope to continue to build his legacy in the years to come.

A trustee, parent, and alumnus, John passed away unexpectedly in 2016. He was the first recipient of the Brother Linus, C.F.X. Scholarship in 1978. As a longtime chairman of the tournament committee, John and his company, Sentinel Benefits & Financial Group, have proudly served as Presenting Sponsor of this event for many years. The John A. Carnevale '81 Scholarship was established by St. John’s Prep in partnership with Sentinel Cares and the Carnevale family in June 2016.

The John Carnevale '81 Scholarship is presented annually to a rising freshman who mirrors John's passion and enthusiasm for the Prep community, supports his peers, encourages all to be their best, and is a positive influence for others.